Jerry Popovich is the Managing Partner of the firm's Orange County office, located in Santa Ana, California, and is a member of the firm’s General Liability, Toxic Tort/Environmental, Product Liability, Commercial Litigation, and Trucking and Transportation practice groups.

Jerry’s practice focuses on litigating cases with complex personal injuries and on cases that have a high probability of being tried. His trial experience includes claims of product liability, toxic exposure to products such as asbestos and benzene, commercial and personal auto, premises liability, pharmacy and doctor malpractice, construction accidents and construction defects, breach of contract and business disputes, real estate appraiser errors and omissions, assault and battery, false arrest, malicious prosecution, workers’ compensation subrogation, and other complex matters, including those litigated in civil courts.

As a result of his extensive trial experience (more than 70 trials), Jerry has been inducted as a Fellow of the prestigious American College of Trial Lawyers. He has also been elected into the American Board of Trial Advocates (ABOTA) for which he has been elevated to an advocate-level member of the Orange County chapter. Additionally, Jerry has been selected to be a Senior Fellow of the Litigation Counsel of America (LCA), a national invitation-only society made up of a maximum of 3500 attorneys (less than one half of one percent of attorneys in the United States). LCA Fellows are selected based upon effectiveness and accomplishment in litigation, both at the trial and appellate levels, and superior ethical reputation.

Jerry is married with two adult children and is actively involved in his church's ministries.

In the Court of Appeal (COA), Jerry has considerable experience briefing and arguing appeals and writs.  He drafted a writ which resulted in the COA summarily reversing a trial court ruling which would have prevented our client from raising a critical defense of trial.

Jerry has also successfully argued several other appeals, which did not result in published opinions.

Jerry Popovich to Speak at DRI Retail and Hospitality Litigation Conference May 04, 2017

In 2018, Jerry was inducted into the prestigious American College of Trial Lawyers (ACTL). The ACTL is composed of the best of the trial bar from the United States and Canada. Fellowship in the ACTL is extended by invitation only and only after careful investigation, to those experienced trial lawyers of diverse backgrounds, who have mastered the art of advocacy and whose professional careers have been marked by the highest standards of ethical conduct, professionalism, civility and collegiality. Lawyers must have a minimum of fifteen years trial experience before they can be considered for Fellowship. Membership in the ACTL cannot exceed one percent of the total lawyer population of any state or province.

Additionally, Jerry has been elected into membership in the American Board of Trial Advocates (ABOTA), Orange County Chapter. Since his original membership, he has been elevated to the level of Advocate. ABOTA is made up of trial lawyers with a significant level of experience, a high level of success, and a high ethical standard. ABOTA's mission is to educate the public about the important right to a jury trial in this country, and to protect that right.

Jerry has lectured for continuing education programs for lawyers and claim handlers in the areas of litigation and trial practice. These presentations were put on by HarrisMartin, the Continuing Education of the Bar (CEB) and Lorman Education Services. 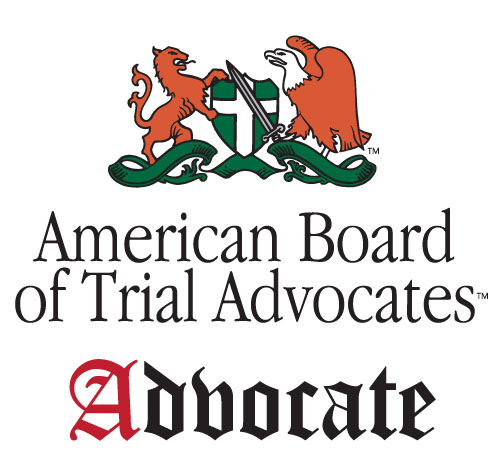